I pity trolls who hate me because I’m fat…

Interesting article on the BBC today…

I pity trolls who hate me because I’m fat 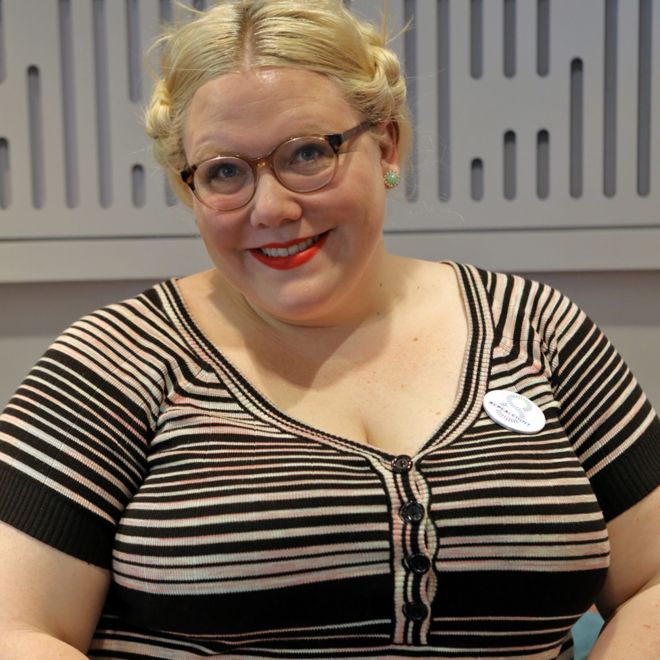 The American feminist performer Lindy West happily describes herself as fat, but she can’t understand why strangers think her size gives them the right to send her abusive messages online. Speaking to the BBC, she explains that when she finally got the chance to confront one of her trolls, she ended up pitying him.

Today I woke up to an email with the subject line “Fat”. The body of the email simply read “Oink, oink”. I get emails and tweets like this every day and this is one of the mildest ones.

The sender and thousands like him can’t stand that I’m a fat woman living a happy, fulfilling and joyous life.

Getting comments like this is cumulatively draining and it’s alarming that so many people in the world are so eager to be cruel. Yet as a writer and a performer I’m expected to put up with such hate as it’s “just part of the job”.

But can you imagine if this happened at any other workplace? If it was acceptable for thousands of people to come up to you and say the most hurtful, violent and threatening things they can think of?

A few years ago I experienced the most upsetting abuse so far from an online troll. A stranger had made a Twitter account impersonating my father who had passed away 18 months earlier. He even had a picture that he must have taken from my dad’s obituary, which had been published online.

The bio said “embarrassed father of an idiot” and the location said “a dirt hole”. This man sent me nasty messages from the fake account.

I wrote an article that mentioned how it had affected me and he must have read it. He emailed and apologised to me. I couldn’t believe an online troll would do that – I’d never heard of it happening before.

So last year I asked him to speak to me on the radio show This American Life to explain why he did what he did. He told me he had found out about my father after searching for my name online and created the fake account from it.

He said: “I felt horrible almost immediately afterwards. Usually I would put out all this internet hate and forget about it. But this one stayed with me.”

He said he had sent me abusive messages at his lowest point. He hated his job and was lonely because he’d just been dumped. He hated his body and weighed more than he wanted to. He described his life as passionless.

“It felt easy, comfortable even to talk to my troll and I liked him – it was frightening to discover he was so normal”

It was very revealing to realise he had been driven by self-hatred. He was fixated on me because I presented myself confidently and I seemed to be very happy and for some reason that angered him.

I had suspected this but to have it confirmed made it easier to deal with other trolls. Now there is an undercurrent of pity when I encounter them. I don’t wish them any pain – their pain is what got us there in the first place. I try not to lose sight of their humanity the way they have lost sight of mine.

It felt easy, comfortable even to talk to my troll. I liked him. It was frightening to discover he was so normal. Now he was rebuilding his life and said he had stopped sending online abuse.

It would be easy to blame the media or technology for feeding the insecurities of online trolls but I think it is a deeper cultural problem. Women are seen as easy targets in society and criticising fat people is even viewed as righteous.

There’s this idea that fat people are a drain on society – that we’re lazy and stupid, that we make public life uncomfortable and take up too much space when we are next to you on the plane or train.

It’s an appealing fiction because it means people who aren’t fat must automatically be intelligent and morally upright, so attacking us gratifies them at the same time.

I think we should encourage people to judge less and empathise more. I spent my early life living in the future, thinking my life could begin once I whittled my body down to a specific shape. I realised in my late 20s that my life was on hold. I needed to come to terms with the body I had at that moment so I could go and live it.

Now I’m fine with my shape. It’s still really important to me to exercise and eat food that nourishes me but I don’t do it with this sword hanging over my head.

If my body doesn’t shrink to a certain size I don’t think that I’ve failed and I need to punish myself and be remorseful. I don’t think that is good for health. It’s certainly bad for your mental health to live in a constant state of apology and shame. You can’t take care of something that you hate.

As my career has progressed and people have got an idea of what I look like, the comments have got more and more personal. Now I get at least one mean comment on Twitter every day but it shouldn’t be like this.

You have lots of choices in life and you can choose to be kind to people instead of being hateful. You owe it to the world to conduct your life in an open and kind way.

This article is based on interviews with Claire Bates and Jenni Murray.